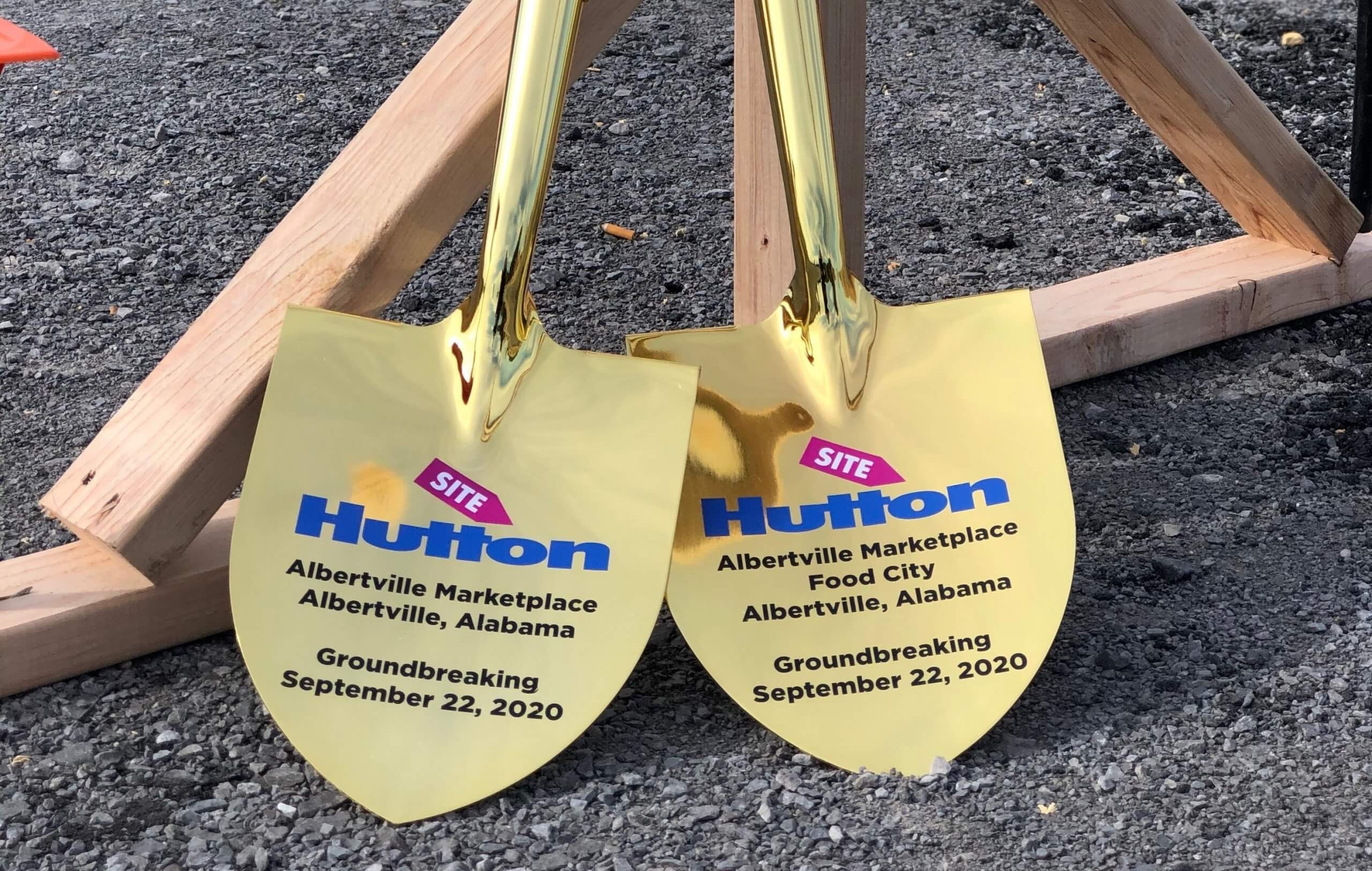 HUTTON is taking the 70,000 SF former K-Mart and redeveloping it into a 74,000 SF grocery-anchored multi-tenant project driven by a public-private partnership with the City of Albertville.

“It is the most significant retail corner in the city of Albertville in terms of traffic count, accessibility and visibility,” said Albertville Mayor Tracy Honea.

The public-private partnership started when the City Council purchased the former K-Mart site and started meeting with 15 different developers to hear their ideas for Albertville to create more jobs and increase sales tax revenue. After meeting with several developers, the Mayor and the City Council chose HUTTON because of the team’s enthusiasm and ideas for how this development would come to life.

“Albertville was smart to go ahead and purchase the K-Mart building,” said Karen Hutton, President & CEO of HUTTON. “You don’t see many towns and cities make those bold moves that can change the platform and the ripple effect this development is going to have for many years.”

HUTTON later acquired the site and brought the idea of Food City to the table for Albertville Marketplace as it would be a tremendous fit for the Albertville community. This location provides an excellent opportunity to help HUTTON’s retail partners expand their footprint in Alabama.

“We are excited to be expanding our operations into the Alabama market area and look forward to joining the Albertville retail community,” said Steven C. Smith, Food City President & CEO.

Food City will offer a wide variety of services and conveniences, ranging from in-store bakery/delis, complete with hot food and café seating areas to a floral boutique. The store will also provide a full-service meat and seafood departments that offer top-quality meats pre-marinated, a pharmacy, and a Gas N’ Go fuel station.

In addition to Food City, Albertville Marketplace will feature two national retailers, Ulta Beauty and Five Below, along with a third out-parcel tenant that will be announced at a later time.

HUTTON is proud to be partnering with Food City and the City of Albertville to bring this development to life.