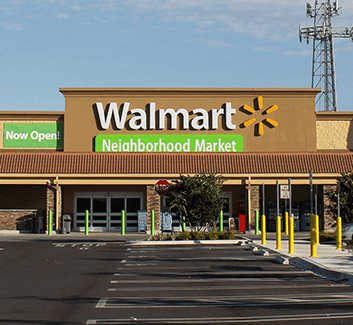 Beginning in 2015, we were one of three BTS developers brought on to rapidly expand Walmart’s footprint.

To get the job done, we assembled a team of 16 go-getters; 8 focused on real estate and development and 8 focused on estimating, deliverables and construction.

Over the course of 36 months, we delivered 1.8 million SF over 43 sites. During the rigorous process, we completed 1,318 deliverables in total including:

We developed twice as many locations as the other two developers combined while maintaining 100% adherence to targeted possession and grand opening dates.